The power of music to improve cognitive function has been distorted into urban myth. Play Beethoven to a child and reap the benefits of superhuman intelligence in the years to come. Listen to Mozart before an exam and do better than anyone else in your class. Of course it is not that simple (and indeed rigorous scientific studies have disproved many of the initial studies that got society excited about music as a ‘magic bullet’) but there is a good deal of highly scientific evidence that suggests music is still well worth getting excited about.

Myth one. Musicians have bigger brains.

END_OF_DOCUMENT_TOKEN_TO_BE_REPLACED

Reading this wonderful brief article by Dr Kumara Ward (a lecturer in Early Childhood Education at the University of Western Sydney) is a delight and explains the research surrounding the need for children to develop a connection with the natural environment.

I cannot add more to her thorough understanding in this area (but highly recommend you read her post). I will simply add my own personal experience to her wisdom, and a small solution that we use to ensure our own city dwelling kids do not miss these opportunities to connect with nature.

END_OF_DOCUMENT_TOKEN_TO_BE_REPLACED

I was recently reprimanded for drawing with my young daughter. Upon observing this horrendous act – of us drawing together – a very experienced and well-meaning teacher took me aside and gently explained that this kind of activity could be undermining my shy daughter’s confidence. My daughter would see her own work as inferior and thus I was crushing her soul… admittedly not the exact words the teacher used!

What the teacher didn’t know is that before I was a mere mother, inadvertently breaking the rules at this parent-child session, I spent a good chunk of my working life collecting an impressive pile of awards for my work in Community Cultural Development. Helping teachers and students to be more creative was my job. Thus in this instance, I felt I had the appropriate formal qualifications and recognition to draw with my own child without damaging her… but what if I hadn’t? Should just anyone be allowed to draw with children?!

END_OF_DOCUMENT_TOKEN_TO_BE_REPLACED

This topic strikes fear into the hearts of safety conscious educational leaders, but I believe every school should have a blog, written by the children, and preferably linked to social media.

Having worked with high risk, and extremely sensitive groups in the past I fully understand the reasons why many schools do not have a ‘school blog’ (privacy, ethical and even marketing risks).  But I believe in most settings the potential for learning far outweighs the risk management involved (which can largely be managed with clear process and simple digital solutions).

I’ve talked before about digital literacy in the early years, and how record keeping influences memory and identity. I’ll explain how blogs aid specific class room learning in more detail later, but for now let’s see how my own children arrived at blog writing…

END_OF_DOCUMENT_TOKEN_TO_BE_REPLACED

Let’s make some music! Maracas are a great tactile activity that can be made with virtually anything, but here’s how we did it:

END_OF_DOCUMENT_TOKEN_TO_BE_REPLACED

Afternoons are not a young ones ‘prime time’ and as a result ‘surviving’ the afternoon with tired kids can seem an daunting task. Recently however we made a small change. In the words of Daniel Siegel and Tina Payne Bryson (authors of The Whole Brain Child) we have changed our afternoons from a time of “surviving” to a time of “thriving.”

END_OF_DOCUMENT_TOKEN_TO_BE_REPLACED 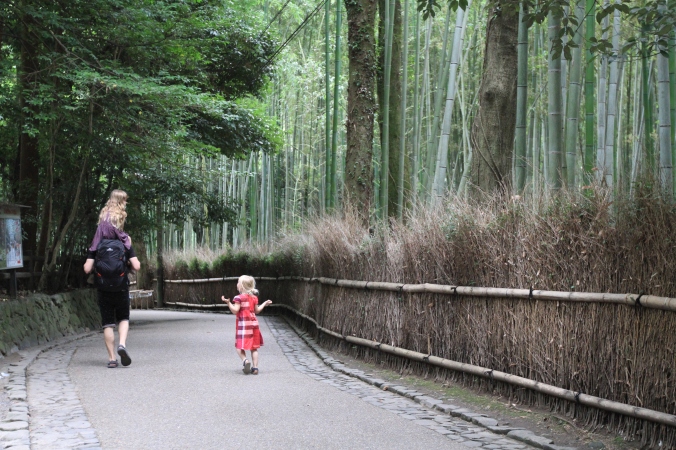 Our identity is shaped by our memories, and our strongest memories are based on the stories we repeatedly tell (or are told!)

As someone recording, reporting and retelling your tots early memories you are actively shaping their sense of identity. Now that’s a big responsibility!

END_OF_DOCUMENT_TOKEN_TO_BE_REPLACED

In the honor of letter M we’ll be mulling over the Magnificent Monarch Butterfly who migrates to Mexico each year. 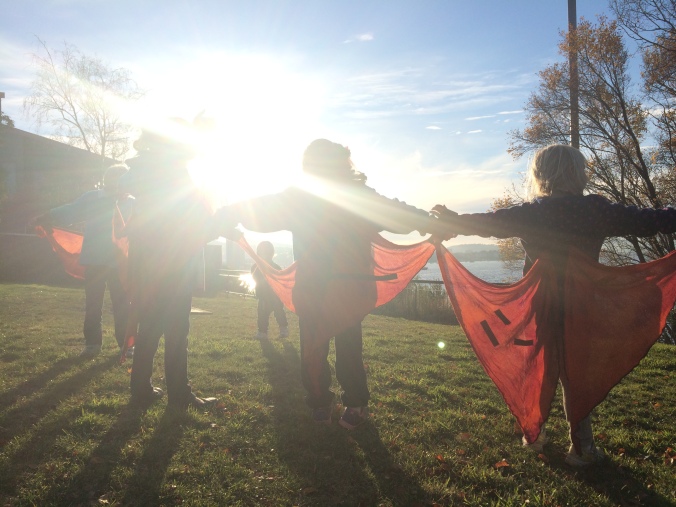 There are lots of cool things to learn about butterflies in general, and the 4 stages of their life cycle is captivating for all ages:

END_OF_DOCUMENT_TOKEN_TO_BE_REPLACED

Young children are still developing their brains, thus many of the early childhood experiences that we set up for them (while highly valuable for developing their brains) will not be remembered. Basically we put countless hours into an effort that vanishes as the children grow and forget everything we’ve worked so hard to teach them!

END_OF_DOCUMENT_TOKEN_TO_BE_REPLACED

Mummification is a great science and history lesson if you are willing to venture into the grim topic of death with your tots. Plus, it’s surprising less complicated than you might think: 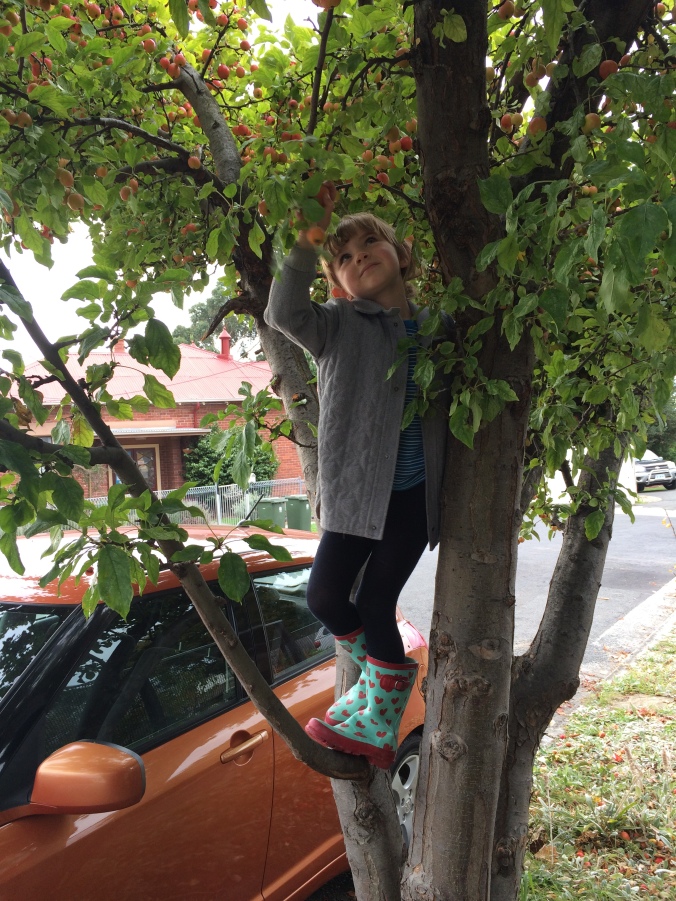 First pick an apple. We are lucky enough to have a very prolific crabapple tree, however if your apples are full sized you may wish to quarter the apple for a speedier result.

Once your apple is selected, carve a face in the skin (for ease we used toothpicks to carve ours).

Grab the scales and measure some bicarbonate soda. (The exact amount you need will depend on how many apples you are covering, how large the apples are and how small the cups you are placing them are.) we used 140g of bicarbonate soda (as it was an easy number to multiply) and this covered 3 crabapples in coffee shot cups. 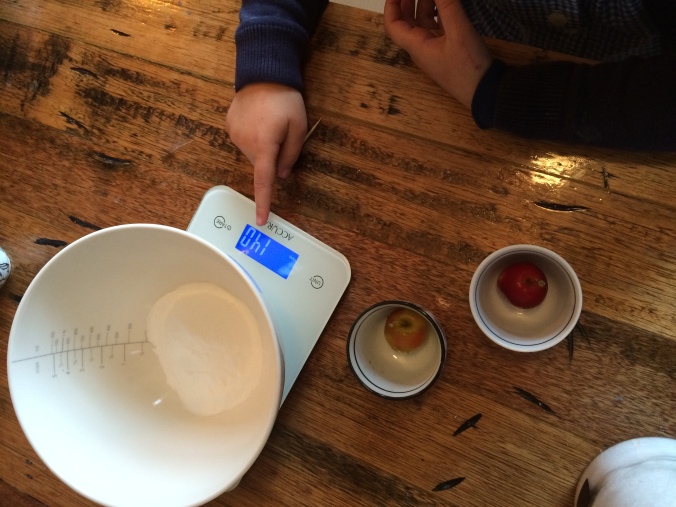 Once you know how much bicarbonate soda you have, add twice as much cooking salt (the ratio of 1bicarb:2salt is a good one to work out with the kids – for our 140g of bicarbonate soda we added 280g of salt.)

Mix well. Then place your carved apple in the cup and cover in your powdery mixture. 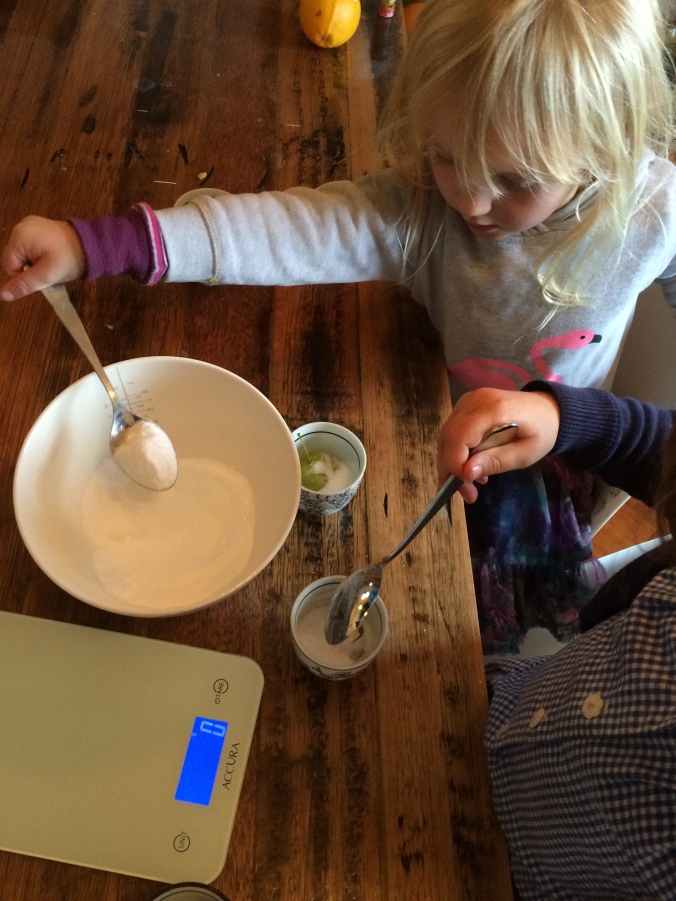 We also carved a second apple as a control for our experiment. This one will sit in another cup next to the covered apple (and will likely start to rot, while the salted apple dries out.)

Leave on the bench uncovered for about 10 days and then assess what has happened to each apple.

You may wish to visit the real Egyptian mummy at Tasmanian Museum and Art Gallery while you wait for your apple to mummify. (While other little girls love the butterfly’s displayed in the central gallery, my girls stand next to them pointing at the casket in the dark and announce with pride that ‘there is a dead mummy in there!’ We have had a bit of explaining to do when other kids are with us…)

Here’s a brief history you may wish to share with your tots as you go through this process. (As always, if they have questions make a point of finding the more detailed information together, it is better to model the methods for finding out than to always know the answers!)

Back before the time of the pyramids it is believed that the Egyptians berried their dead in the hot desert sands and the bodies would dry out. At the time this was thought to be good because it was important to the Egyptians that the body remained intact… but there was a problem with wild animals eating the dead bodies (yuck!). It was decided to place the dead in cases so the animals couldn’t dig them up and eat them. This stopped the animals, but meant the body decayed in the box, rather than drying out. Because the Egyptians believed it was important to preserve the body after death they began to dry out the bodies – before burying them. Over time this developed into the sacred art of mummification. It was later that the Egyptians built huge pyramids to house the mummified bodies of their rulers.

A fun fact is that the Egyptians discarded the brain, during the mummification process, but kept the heart – thinking the heart was the organ responsible for thought, and like many religions today; only a pure heart would be allowed into the afterlife.

Now, as I have talked about before, (without my promoting) my kids think about far death more than I expect is average, and this is why I am happy to venture into this topic (to normalise something they already think about.) If you feel this kind of information is not beneficial for your young people, or that it will raise issues that they are not ready to process, then simply save it for another age. Otherwise, happy mummifying!